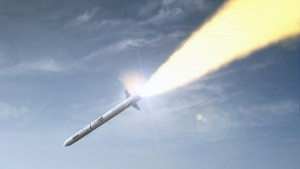 The implementation of the Team Complex Weapon’s approach between Ministery of Defence (MoD) and MBDA is through the Portfolio Management Agreement (PMA), which has been independently evaluated as offering greater than £1Bn of benefit to MoD over their 10 year planning period.

The PMA aims to transform the way in which CW business is conducted by MoD with its main supplier. At the heart of this is a joint approach to the delivery of the required capability based on an open exchange of information and flexibility in the means of delivery.

2010 – In March, the MoD signed a Portfolio Management Agreement (Interim), the PMA-I, with MBDA following the conclusion of the Assessment Phase, which had demonstrated the feasibility and benefits of the Team CW approach.  Under the agreement, the MoD and MBDA UK signed a Through Life Enabling Contract (TLEC) with its first package of work worth £330M for the development and manufacture of two of the six Team CW launch projects and to conduct further assessment work on two projects.

2012 – February: “National Security Through Technology” White Paper reaffirmed the importance of sustaining Freedom of Action and Operational Advantage for aspects of complex weapons where National Security is an essential consideration.