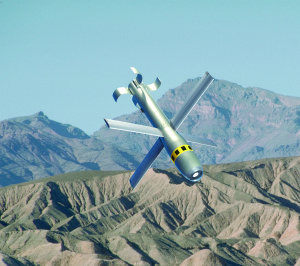 The new derringer door launcher uses a side door in the fuselage and enables the aircraft to launch and reload Stand Off Precision Guided Munitions while the aircraft remains pressurized. This allows the aircraft to extend standoff ranges while reducing the time to acquire and attack a target, increasing the likelihood of a successful engagement with the Viper Strike.

Viper Strike also proved its new fast attack software load that greatly enhances the weapon’s effectiveness against time sensitive targets. Combined with its top-attack mode of operation, the weapon can safely attack targets that are either ground or air-designated.