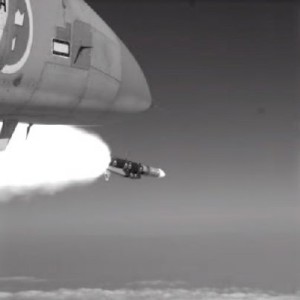 The six-nation Meteor air dominance missile was successfully fired again at the FMV missile test range at Vidsel in northern Sweden on 5th September as part of the ongoing Air-Launched Demonstration (ALD) campaign.

The firing, the third in the campaign, follows shortly on from firings conducted on 9th May 2006 and 20th June 2006. As with the first two firings, this third missile firing was rail-launched from a SAAB Aerosystems Gripen combat aircraft flying at an altitude of 23,000ft. The flight profile of the missile was, however, different to the previous two firings in order to gather data about Meteor’s operating capability under these specific conditions.

The data gathered from this firing will be utilised in the further development of the missile. The purpose of the ALD campaign is to demonstrate the maturity of the missile development programme, gather data on the missile’s performance and its characteristics during launch and free flight, and provide an opportunity to identify issues which may affect the missile’s development such that these can then be resolved at an early stage.

This firing marks another success in the ongoing development programme. Other recent successes include the completion of a series of “free jet” wind tunnel tests of Meteor at the ONERA supersonic wind tunnel facility in Modane, France and the first flight of a Seeker Data Gathering (SDG) missile.