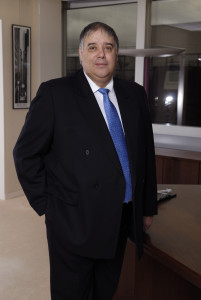 After graduating from the Ecole Polytechnique, Patrick Tramier began his career in 1980 with the French DGA (Délégation Générale pour l’Armement) at the Centre d’Essais des Landes test facility where he held various positions related to missile testing.

In December 1990, he joined Matra Défense where, until 1997, he was in charge of aircraft weapons integration programmes, also contributing to the development of Firing Control Systems (FCS) for the Mirage 2000-5 and Rafale F1 combat aircraft as well as on the Tiger helicopter.

In 1998, he became Director of Air-to-Air Programmes within the newly formed Matra BAe Dynamics.

In 2002, with the formation of MBDA, he took up the position of Programme Director for air-launched and anti-ship weapons. In this post, he also had responsibility for the Exocet MM40 Block 3 development programme.

In 2004, Patrick Tramier was nominated Commercial Director, France, a position he held until this latest appointment. During this period, notable successes included the securing of two major contracts, FCS for the new FREMM frigates and for the development and production of the Naval SCALP cruise missile.