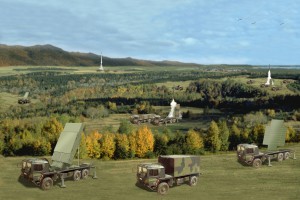 The new Medium Extended Air Defense System (MEADS) will show concrete progress at the ILA 2010. For the first time, MBDA Deutschland will present system hardware. More than 80 percent of the Critical Design Review (CDR) events have now been accomplished. The program is on track to complete these reviews in August 2010, marking completion of the MEADS design phase.

Production of all hardware needed for integration and test of MEADS is underway. All major component designs for the radars, launcher, reloader, and battle manager have been finalized and approved by the three participating nations (Germany, Italy, USA). The PAC-3 Missile Segment Enhancement (MSE), an upgrade of the PAC-3 missile in current production and the primary interceptor for MEADS, successfully intercepted a threat representative tactical ballistic missile target during a flight test in February 2010.

As noted in a March 2010 US Government Accountability Office report, the MEADS program’s five critical technologies are fully mature ahead of CDR. Also the German Ministry of Defense acknowledges in its April 2010 report on the status of MEADS that the tri-national program is running “according to plan with regard to cost and schedule”.

As only major transatlantic cooperative system development effort within NATO, MEADS provides a clear example of how international cooperative development can be successful. The need for an integrated NATO-wide missile defense systems grows in face of the rising danger of weapons of mass destruction (WMD) and the ballistic missiles that deliver them. With MEADS, NATO will be prepared to effectively counter those threats. MEADS is being developed to defeat ballistic missiles and safely destroy WMD payloads using proven “Hit-to-Kill” technology. MEADS will contribute to the security of all NATO countries – and will provide a wider scope of political options in crisis situations.

MEADS will also defeat air-breathing threats: aircraft, helicopters, unmanned aerial vehicles, and cruise missiles. The robust MEADS design will defeat next-generation threats in regional theaters as well as home-based area defense for years to come. Not only will MEADS handle current threats, it will evolve to meet future air defence threats well into the 21st century.

Because of its advanced capabilities, MEADS is expected to become an export success. By that MEADS will maintain thousands of high-tech jobs in Germany, Italy and the USA, especially in the sectors of system and sensor technology and battle management software for many years to come.