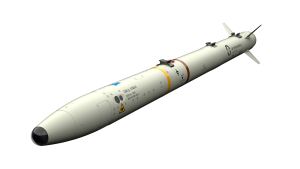 MBDA has received a contract worth over £300M from the United Kingdom’s Ministry of Defence (MoD) that ensures the Royal Air Force remains equipped with the highly capable infra-red guided air-to-air missile, ASRAAM. The contract covers the supply of new missiles to refresh the existing inventory of ASRAAM. Value for money is ensured through the re-use of components from other MBDA products such as the Common Anti-air Modular Missile (CAMM).

The missiles will be produced at MBDA’s new Bolton manufacturing and assembly site that will be commissioned in mid-2016. The engineering activities are being carried out at MBDA sites in Stevenage and Bristol. This programme and associated workload around domestic and export programmes using the core CAMM system, will sustain 400 jobs across the MBDA sites and at a number of other UK suppliers. The sustainment of these production facilities also ensures that ASRAAM remains available for overseas customers and future exports.

Dave Armstrong, Executive Group Director Technical and Managing Director UK of MBDA said, “I strongly welcome this decision. This contract will deliver value to the MoD and keep the Royal Air Force equipped with an air defence capability that provides operational advantage wherever it flies. It illustrates the importance of the joint MoD and MBDA approach to delivering world leading complex weapons capability and will ensure that essential and unique UK skills, technologies and facilities, such as our new £30M state-of-the-art manufacturing facility in Bolton, are sustained for the future. Finally, the RAF’s commitment to this capability will also enhance future export success and we look forward to extending the joint government and industry approach to securing further ASRAAM customers.”