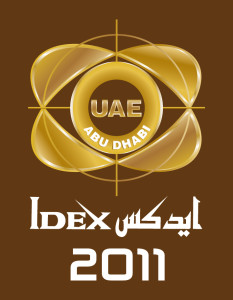 At IDEX-NAVDEX MBDA is presenting its comprehensive range of ground and naval based air defences extending from short range to the longer range and antiballistic missiles as the Aster 30 Block 1 missile which, on 18th October last year, registered the first successful ballistic intercept to have ever been achieved by a European missile.

As a recognition of the ever growing importance of the Gulf countries in the Defence market, MBDA has chosen for the first time IDEX exhibition to launch a brand new addition to its range of Air Defence systems. IMCP (Improved Missile Control Post) is being revealed for the first time as a new, integrated C2 solution for Mistral or VL MICA firing units, featuring a new state of the art radar assembly. In addition, PCP (Platoon Command Post) will be seen for the first time. This easily operated new system, working in conjunction with IMCP, optimises the dual layer command, control, coordination and information of short and medium range air defence units.

As part of its maritime superiority display, MBDA, with its CWSP or Combat Warfare System Package for either patrol boats or logistics vessels, will be presenting another first for an export exhibition. For patrol boats, CWSP features the integrated combination of an air and surveillance radar, Mistral missile equipped Simbad-RC air defence turrets with Marte Mk2/N anti-ship missile launchers as well as the vessel’s guns all remotely controlled and system managed from a console within the control room. For logistics vessels, CWSP focuses on the self defence elements.

Also benefiting from the Mistral missile is MBDA’s highly mobile MPCV (Multi-Purpose Combat Vehicle) which deploys four, ready-to-fire Mistral missiles with four more missiles stored in the vehicle for re-loading. This automatic system has proven its outstanding capabilities during a number of test firings, most notably in June 2010 when two Mistral 2 missiles were launched against two targets approaching simultaneously from two different directions thereby demonstrating MPCV’s ability to counter a saturating attack.

MBDA will be launching yet another new defence solution at IDEX. The countermining system, Souvim 2, which is currently being delivered to the French Army in readiness for operational deployment in Afghanistan, will be shown in conjunction with the Buffalo vehicle as an enhanced capability known as Netted Route Clearance Capability. This new system of systems, jointly developed by MBDA and Force Protection of the USA, offers a highly effective system for land forces responsible for the clearing of significant stretches of route of dangers including anti-personnel and anti-vehicle mines as well as IEDs. Souvim 2 and Buffalo work together in concert to detect, analyse, mark and neutralise the threat.