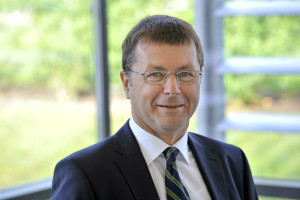 Effective from 1 July 2011, Helmut Hederer has been appointed the new Managing Director of TDW GmbH. In this role, Mr Hederer is succeeding Dr Helmut Muthig, who is retiring as of 1 July 2011. Mr Hederer was previously employed with TDW and its predecessor companies from 1985 to 2005, most recently as head of development. In 2006, he assumed the general management of TSG and successfully oversaw the series production of the 600 German and 43 Spanish TAURUS guided missiles as part of the German-Swedish cooperation.

Dr Helmut Muthig’s career with TDW and its predecessor companies has spanned over 22 years. Under his leadership, this subsidiary of LFK GmbH has developed into a European market leader and one of the leading suppliers of warhead systems. The record 2010 order volume of over € 100 million and sales revenues of more than € 40 million is the most recent proof of this success. Dr Helmut Muthig also established TDW, with around 130 employees today, as the recognised competence centre for warhead systems within MBDA.

This is precisely the work that Mr Hederer aims to continue as the new Managing Director. “We want to maintain and further enhance our position as the European market leader for warhead systems and the preferred supplier to the entire MBDA group. With innovative solutions like the ‘multi-effect’ warhead systems, we are well-placed for future missile generations such as in MBDA’s Team Complex Weapons portfolio,” the new Managing Director of TDW stated.