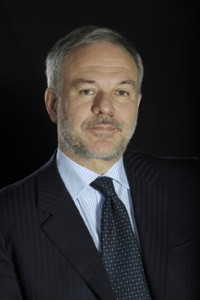 On 25th February Antonio Perfetti was appointed as the new Executive Group Director Sales and Business Development by the MBDA Board. In this role, Antonio is replacing Fabrizio Giulianini, who has taken up a new role within the Finmeccanica Group. Antonio also replaces Fabrizio as the Managing Director of MBDA Italy.

Antonio has gained a wide professional experience, having held important positions in both public and private companies. In the 1980s, Antonio joined Goodyear Italy before moving to Alfa Romeo and then onto to IRI. Inside the IRI Group, he had significant roles, especially in the development and management of Human Resources within this public industrial holding. By 1993, he was in charge of the reorganisation plan for the IRI Group.

In 1995 he joined Alenia Aerospazio e Difesa where he was appointed Director of Management Development. In 1997 he became responsible for the Resources, Processes and Systems Directorate in Alenia Spazio. In April 2001, he joined Finmeccanica as the Human Resources Senior Vice President and managed all the activities connected with the Group’s political work strategies. At the same time, he started an important programme focusing on the optimisation of all purchasing departments in the Group’s companies. In 2003 he became Chief Operating Officer at Aeronavali, a Finmeccanica Group company that maintains and renovates commercial aircraft. In 2005, he was appointed Alenia Aeronautica Chief Operating Officer where he directly managed four business units, including the Central Technical Functions. He also coordinated the joint venture with ATR.

In his most recent role, as Sales Director for Alenia Aeronautica, Antonio was involved in the contract management of the most important international military and civilian aeronautical programmes. This included responsibility for the B787, A380, C27J, JSF and the ATR-72 Maritime Patrol programmes.

Antonio Perfetti, 53 years old, graduated with a first class degree in Political Science with a focus on Economics from La Sapienza University in Rome. He is married with two children.