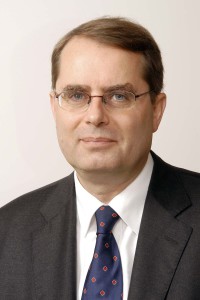 Antoine Bouvier said : “Having achieved the recovery and development of the satellite activities within EADS, I am now very proud to join MBDA, a world leader in the missile and missile systems area. As a devotee to European industrial integration, I wish to bring all my experience and energy to MBDA, a benchmark European integrated company within the sector”.

Note to the Editors

With an annual turnover exceeding €3 billion, a forward order book of over €13 billion and over 70 customers world wide, MBDA is a world leading, global missile systems company. MBDA currently has 45 missile system and countermeasure programmes in operational service and has proven its ability as prime contractor to head major multi-national projects.