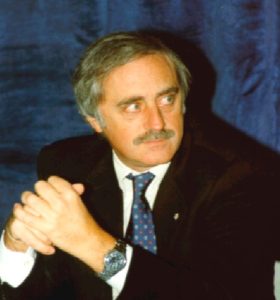 Mario was a founding father of MBDA, appointed Chief Operating Officer following the company’s creation in 2001. This was alongside being Chairman of MBDA Italia, a role he held his retirement.

A veteran of the missile world, Mario had previously worked in the Italian missile field for many years before the foundation of MBDA. He strongly believed in the international project that is MBDA, and worked day by day with full commitment to grow the Company stronger and stronger. Mario always trusted, and counted on, the value of MBDA’s people and its technologies.

Mario di Donato’s memory has been written into the history of MBDA and in the Italian missile domain. It will live on to remind future generations at MBDA of the passion, devotion, commitment and vision he embodied to make the highest ambitions come true. MBDA condolences go to his family and friends affected by his passing.