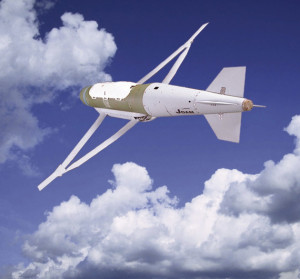 MBDA Missile Systems celebrated a milestone in the company’s U.S. history today during a ceremonial rollout of the 10,000th Diamond Back® wing assembly at their Westlake Village, California division.

The Diamond Back® wing assembly is used by the US Air Force’s Small Diameter Bomb (SDB Increment 1) program. The Boeing Company is the prime contractor. In 2010, MBDA Missile Systems received a Boeing Performance Excellence Award for its work as a Diamond Back® wing manufacturer. The Boeing Company issues the award annually to recognize suppliers who have achieved superior performance. MBDA maintained a Silver composite performance rating for each month of the 12-month performance period, from Oct. 1, 2009, to Sept. 30, 2010.

Jerry Agee, CEO of MBDA Missile Systems in the US said: “This production milestone and the performance award are a credit to every employee who had a hand in designing and building Diamond Back wings and a testament to the high quality of our work force.”

The fully integrated Diamond Back® wing for SDB is in full rate production and has been combat proven in Operation Iraqi Freedom and Operation Enduring Freedom. Future variants of the Diamond Back® wing are in development for other applications, including MBDA’s SABER™ (Small Air Bomb Extended Range) weapon.