Home » ABOUT US » Governance » Lorenzo Mariani 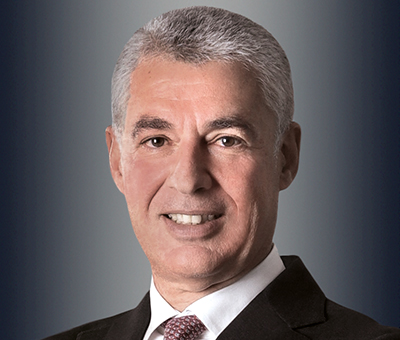 He has joined again MBDA – where, from 2002 to 2005 he had held the position of Head of Product Strategy – after having spent his career in positions of increasing importance within Leonardo (former Finmeccanica), having been Chief Commercial Officer for Leonardo since October 2017 and, additionally since May 2018, Chief Executive Officer of Leonardo International, managing all the company’s subsidiaries.

Lorenzo Mariani had previously been Managing Director of the Land & Naval Defence Electronics Division at Leonardo from January 2016 to September 2017. A role he had held at SELEX Electronic Systems from January 2013 – December 2015, and retained after the company was part of a merger that eventually formed Leonardo.

From 1992 to 2002, he worked for Alenia and AMS. Roles there included Radar Systems Analyst, Designer of Multifunction Naval Radar and On Board Integrator, and finally Sales Manager for South America, and then Europe/NATO, in the Land Systems Division.

Lorenzo Mariani achieved a degree with honours in Electronic Engineering degree in 1990, and served as an Officer of the Italian Navy in 1991.