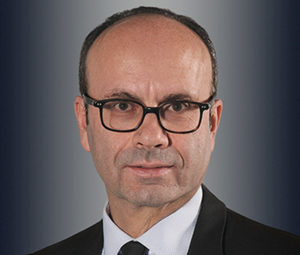 Denis Ballet was appointed Executive Group Director Operations in September 2007, having previously been Director Engineering and Operations at MBDA France from 2002, where he was in charge of the design, development and manufacture (systems, subsystems and components) of missiles in France.

He joined Matra Défense in 1983, where he worked first as a project engineer for surface-to-air missiles before becoming Head of Mechanical Design in 1992.