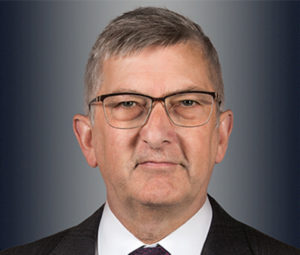 Craig’s European experience was completed by two years working with EADS and Finmeccanica (now respectively Airbus and Leonardo), as Human Resources Director of Eurofighter, and later, in Finmeccanica, he led the integration of CaRS within the Alenia Marconi Systems joint venture.

Born in 1961, Craig is a graduate of the University of Newcastle.

MBDA collects cookies to enable the proper functioning and security of our website, and help us offer you the best possible user experience. By clicking on ACCEPT, you consent to the use of these cookies. You can change your cookie settings at any time. For more information, please read the MBDA Privacy Policy.
Read MoreREFUSEACCEPTSETTINGS
Manage consent